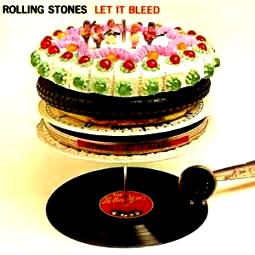 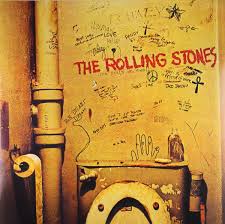 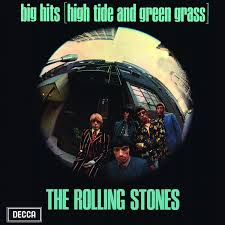 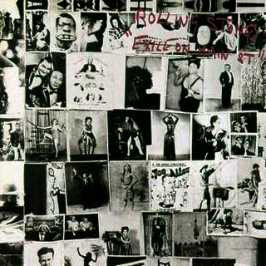 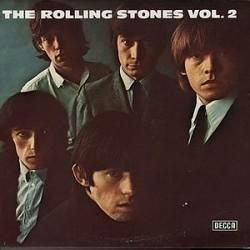 
Contains the great singles > from brutal to ballad > upon which the Rolling Stones built their reputation. If you get only one early, as in pre-1969, Stones album > this is it

Get the British version > it has a better blend of songs, better track listing and 2 more songs than the US version.

MENACE to melancholy, pent-up frustration and love delectations > the song subjects here are as diverse as the tunes themselves, from purist blues to rhythm and blues, rock to romantic soft.

Singles in the 1960s were considered more important than albums and were > as demanded by the record companies > released every three months or so. But albums came out about every six months as well.

The songs on High Tide and Green Grass launched the Rolling Stones to stardom as they earned the wrath of established society with their longer-than-the-Beatles hair, unkept looks and petulance > which endeared them to the more rebellious members of a new generation of youth eager to trample on tradition.

There was a trend not to release singles on albums, presumably because fans already had the songs, so many of the songs on High Tide and Green Grass had not previously appeared on albums, especially in Britain.

“The Beatles want to hold your hand, but the Stones want to burn your town”
> psychedelic writer Tom Wolfe – author of the sixties drug classic The Electric Kool Aid Acid Test.

Have You Seen Your Mother, Baby, Standing in the Shadows goes down a brooding back-street > strong bass and blasting trumpets entwined in a wall of sound. The band dressed in drag for this song’s publicity shots.

There’s more melancholy on Paint It Black, which starts with a splash of lonesome Keith Richards guitar before drummer Charlie Watts thumps in with an Arabic-type beat, backed by Brian Jones on sitar and Bill Wyman on organ. A jilted Mick Jagger sees everything the same colour as his blackened heart.

It’s All Over Now > a cover of the song recorded a few months earlier by the Valentinos, American R&B singer Bobby Womack’s band >  is a rhythm and blues jogtrot with a vengeful vocal of breaking off with a lover “who done me wrong”.

There’s similar sentiments on the next two tracks, Jagger-Richards compositions The Last Time and Heart of Stone > hell hath no fury like a Mick Jagger scorned.

The Last Time was the first Jagger-Richards song released as a single, but was based on gospel song This May Be the Last Time by American group the Staples Singers. The Stones made it more rock oriented and turned it into a warning to the girlfriend to watch her step, rather than a spiritual.

Heart of Stone has a maudlin beat as the girls walking down the street are warned to best keep on going cause “I ain’t got no love, I ain’t the kind to meet”.

Not Fade Away > a song by bespectacled American 1950s singer/songwriter Buddy Holly > is given the Stones rock treatment, as is Chuck Berry’s Come On, though not so successfully. The Rolling Stones first single, Come On is more pop ditty than nitty-gritty. Not even the Stones liked it much and refused to play it on stage, despite the protests of manager Andrew Loog Oldham.

(I Can’t Get No) Satisfaction > with its distinctive Keith Richards fuzztone guitar riff > struck a chord with the dissatisfied youth of the 1960s and > along with The Who’s My Generation > became the anthem of a generation.

Legend has it that the riff came to Richards in his sleep in a US hotel room while on tour. Fortunately there was a tape recorder nearby and he quickly recorded it before going back to bed. Otherwise it might have been lost forever. It was the first Rolling Stones song to top the charts on both sides of the Atlantic.

Get Off of My Cloud is also a great protest song of a fed-up man seeking solace from salesmen and neighbours complaining about the noise from his partying apartment at 3am.

19th Nervous Breakdown > a fast-paced ride through mental mayhem > puts down rock chicks hanging around the periphery of London’s swinging sixties. There’s even mention of an LSD trip.

Time Is On My Side features a ripping guitar break from Keith Richards. The Stones never cared much for long guitar solos, preferring an all-of-band sound with flashes of lead. Women again come in for derision as Jagger gloats of the ex-girlfriend who finds she can’t live without her alpha male. The Norman Meade-written song was recoded by US soul singer Irma Thomas just a few months earlier.

Little Red Rooster is pure blues as the cock-of-the-walk has the hen house on his mind. Guitarist Brian Jones > who would drown in his swimming pool just a few years later at the age of 27> plays slide guitar on a song said to be his most cherished musical memory.

The ballads on this album > both top tunes > are As Tears Go By and Lady Jane. The first was originally recorder by Marianne Faithfull after being written by her boyfriend Jagger. Lady Jane has a marvellous medieval feel as the joker in this royal pack seems to have trouble making up his mind between Lady Jane, Lady Anne and “my sweet Marie” > decisions, decisions!

THERE’S A RIOT GOING ON

RIOTS at concerts were an irregular occurrence on early Rollings Stones tours > as were jibes from town officials, politicians and the like about their scruffy, unkept appearance.

There was even the media question at the time: “Would you let your daughter go out with a Rolling Stone”.

The group was often banned from hotels, partly because of trouble with fans, and had to flee fanatical, screaming fans after many concerts. Female faintings and knickers wetting during shows were common.

POLICE PUT FANS IN STRAIGHTJACKETS: Rioting audience causes concert in Belfast, Ireland, to be called off after only 12 minutes. Hysterical girls carried out in straightjackets. (1964)

TEAR GAS: Police use tear gas to disperse a riot at a 15,000 fan show in Boston, USA, after audience members tried to storm the stage. (1966)

TWO POLICEWOMEN FAINT > as well as 100 girls > and more than 40 police needed to control the crowd at a concert in Manchester, England. (1964)

IT’S SHORT BACK AND SIDES, FARNSWORTH:
Almost a dozen boys suspended from a school in Coventry, England, for wearing “Mick Jagger” haircuts.

AMIMALS, CLOWNS AND MORONS: That was how a magistrate in Glasgow, Scotland, described the Rolling Stones after one of their fans was arrested for breaking a shop window.

ROLLING STONES GATHER NO LUNCH: The headline in one the British tabloids after the band were refused entry to a Bristol hotel for not wearing ties. (1964)

FANS SEE RED: Communist police, including on horses, use batons and tear gas to disperse 2000 fans outside the Rolling Stones concert venue > the Palace of Culture > in Polish capitol Warsaw. The Communist Party chiefs had kept the tickets for themselves and their families and cronies, leaving the real Rolling Stones fans seething outside.

TV SHOW RIOT: An audience riot on US variety show The Ed Sullivan Show, with the host vowing he would never let rock and roll bands back on his high-rating show. But he did > the Stones among them. (October, 1964)

TAKING IT TO THE STREETS: 150 people arrested, the theatre damaged during street riots at the show at the Olympia in Paris.

ELECTRIC BLUES: Keith Richards survived being knocked unconscious by an electric shock during a performance in Sacramento, USA. (1965)

ALL STITCHED UP: Mick Jagger had to get eight stitches to his head after being decked by a chair thrown on stage.

You’re the kind of person
You meet at certain dismal, dull affairs
Centre of a crowd, talking much too loud
Running up and down the stairs